A Break in the Storm by Stephen Brown - Cameo Oil Painting 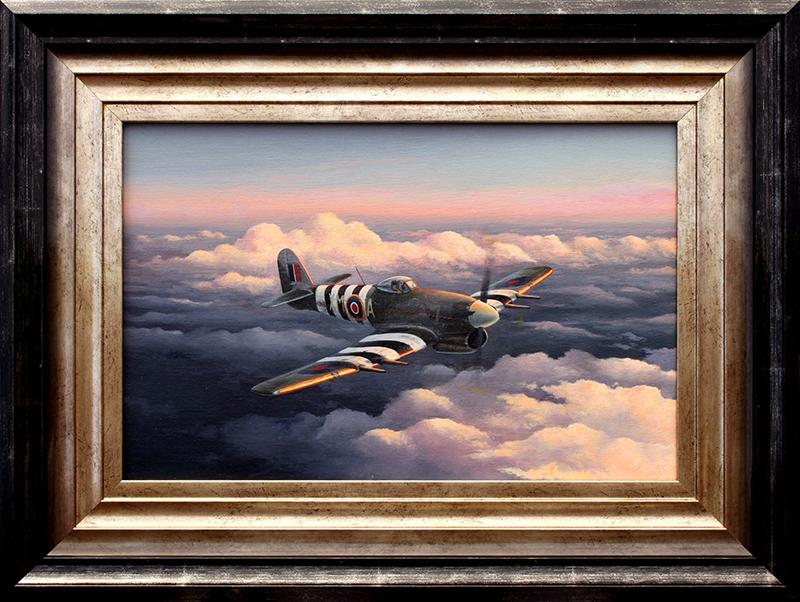 A Hawker Typhoon of 182 Squadron over the English Channel near the French coast in June 1944. The battle-weary pilot takes a rare quiet moment away from the ferocious fight for Normandy. Although originally conceived as a fighter to replace the Spitfire, the Typhoon was to ultimately excel in a low level, ground support role. A characteristic that came into its own during the D-Day invasion and the months that followed as the Allied forces moved east through Europe. During the D-Day landings the Typhoon's immense firepower played a vital role in breaking up the resistance of the German army and the Typhoon pilots were continuously in action, mainly on highly hazardous low-level ground attack sorties.