Back from the Beaches by Stephen Brown - Cameo print 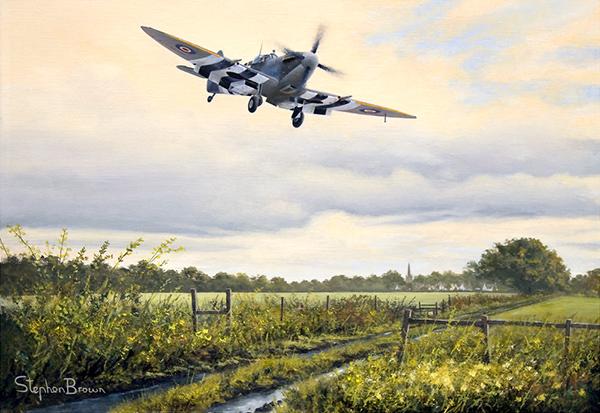 An RAF Spitfire LF IX returns to base after a sortie over the Normandy beaches, June 1944. RAF fighters, particularly the Spitfire and Typhoon, played a key role in the Allied liberation of Europe. From D-Day onwards they flew continuous combat air patrols, ground attack, escort and reconnaissance missions in support of the Allied ground forces.