Blenheims Over Norfolk by Stephen Brown 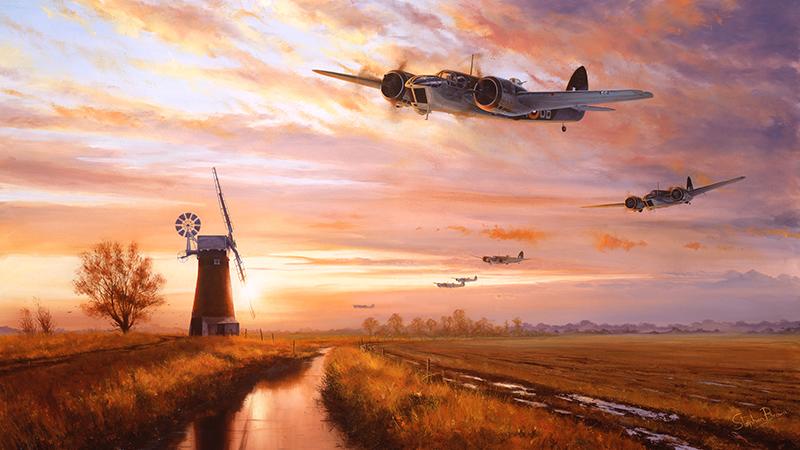 Blenheims Over Norfolk by Stephen Brown features Bristol Blenheim IVs of 105 Squadron returning at low level over Norfolk, after one of many anti-shipping sorties carried out over the North Sea in 1941.
At the outbreak of WWII, the Bristol Blenheim was Bomber Command's fastest and most effective aircraft and formed the mainstay of its offensive operations. Pressed into numerous different roles, the Blenheim had many successes, including pioneering the first airborne interception for night fighting. Even so, compared with the powerful machines of the Luftwaffe, it was highly vulnerable and only achieved what it did as a result of the extraordinary bravery of its aircrews - particularly their ability to fly at ultra low level. Skimming across fields or the sea at heights of less than 50 feet required great skill and concentration, but significantly reduced the chances of being intercepted.

All prints are signed and numbered by the artist.