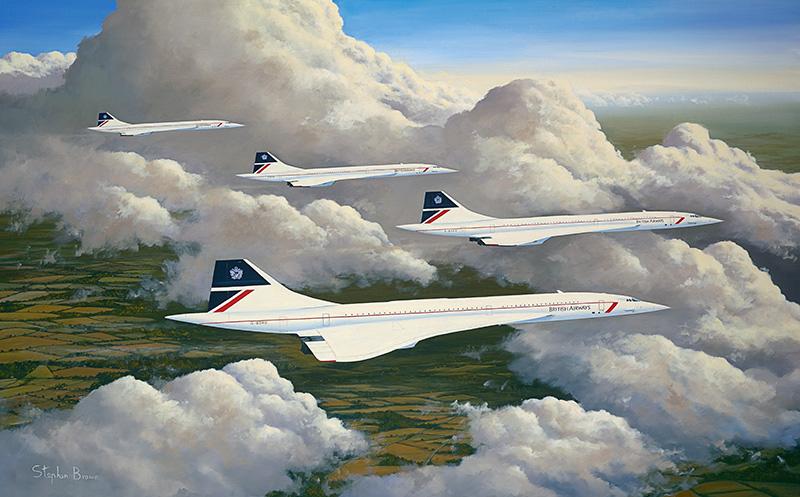 It is 24 December 1985 and four Concordes are brought together for a unique event. To celebrate 10 years of Concorde passenger services, British Airways organised a special formation flight. Taking off from Heathrow in turn, the four Concordes proceeded to assemble in a number of different formations whilst doing a circuit around the south coast of England. The flight leader is Captain Brian Walpole piloting G-BOAA. The other aircraft were piloted by Captain John Eames (G-BOAC), Captain John Cook (G-BOAF) and Captain David Leney (G-BOAG). The detailed flight planning had been undertaken by Captain Jock Lowe (G-BOAF, Co-Pilot to the now deceased Captain John Cook) and Captain David Leney. The photographs from this special occasion have become very well known and were used by British Airways for publicity purposes right through to the retirement of Concorde some 18 years later.

This painting is presented professionally framed and ready to hang.