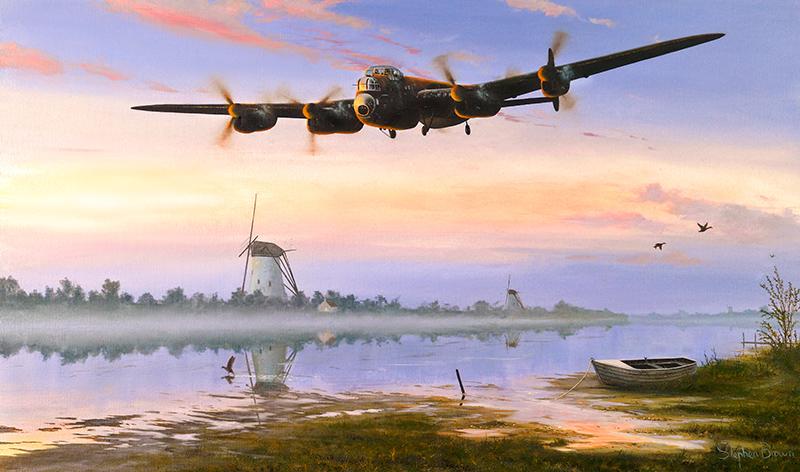 This day the world will awaken to news of one the most daring and ingenious air raids of all time. RAF Lancasters of 617 Squadron, using the unique ‘bouncing bomb’ created by Barnes Wallis, had destroyed some of Germany’s major dams, causing serious flooding of the industrial Ruhr and inflicting great damage on the enemy’s war effort.

Tasked with attacking the Ennepe Dam, Bill Townsend had to contend with low mist in the valleys and intense flak from enemy defences alerted by earlier aircraft. For his pilot skills, determination and bravery Bill Townsend was subsequently awarded the Conspicuous Gallantry Medal.

The Artist Proofs are signed by distinguished Dambuster:
Squadron Leader George ‘Johnny’ Johnson DFM - one of the legendary 617 Squadron Dambusters, ‘Johnny’ Johnson was Bomb Aimer on AJ-T which attacked the Sorpe Dam for which Johnny was awarded the DFM. The aircraft was piloted by the American Joe McCarthy and the pair went on to fly 40 more missions together.