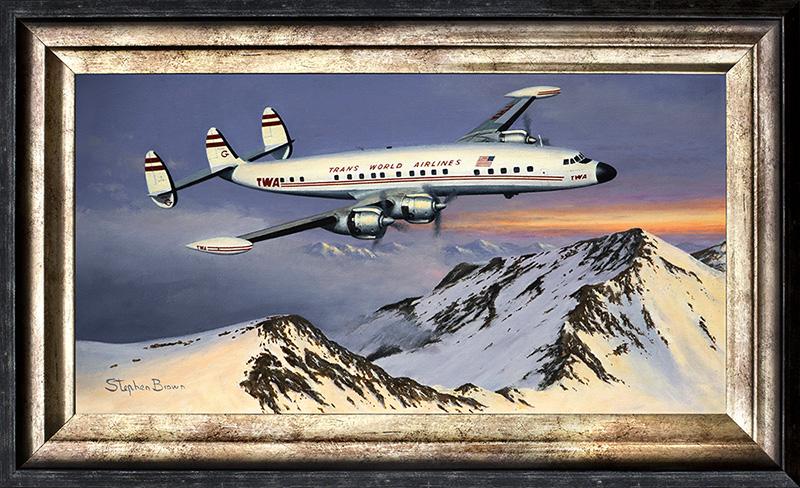 Trans World Airlines Lockheed L1049 Super Constellation over the Rockies in the 1950s. One of the most iconic airliners of all time, the triple tail design and dolphin shaped fuselage making it instantly recognisable. This premier airliner was built by the Lockheed Corporation between 1943 and 1958 in a number of variants. The Super Constellation was a later development, having a longer fuselage and greater carrying capacity.