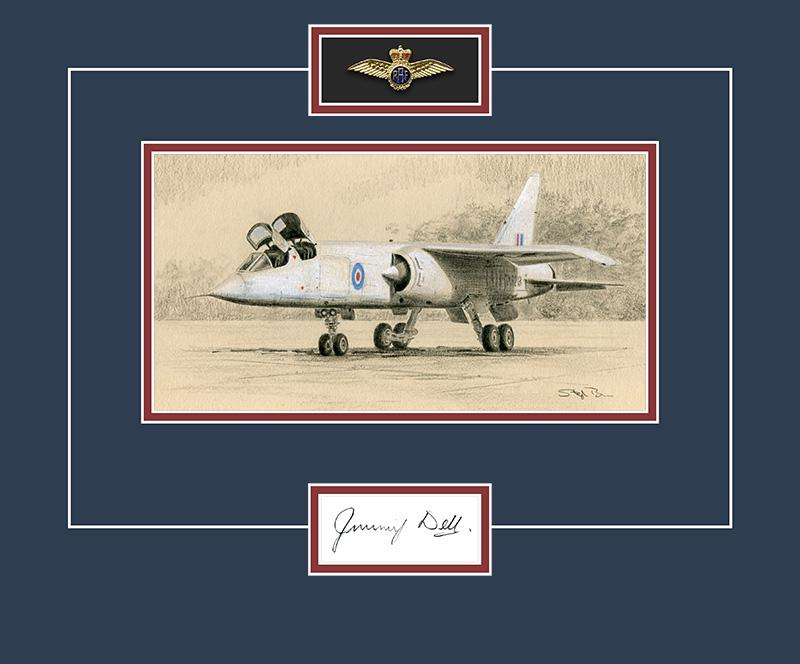 Wing Commander JAMES LEONARD DELL OBE
A senior Flying Instructor during WW II who became famous for his work as a test pilot on both the English Electric Lightning and BAC TSR.2 development programmes, flying 12 of the aircraft’s 24 test flights, he was one of only three pilots ever to fly this innovative aircraft. He subsequently played key roles on both the Anglo-French Jaguar and the Panavia Tornado projects.

The TSR.2 project was a technical triumph for its designers and engineers and is one of the most significant milestones in British aviation history. Created against the backdrop of the Cold War the TSR.2 was primarily designed to breach enemy defences by flying very fast and very low and then hitting high-value targets with either nuclear or conventional payloads. Its combination of stable handling at low altitude and high speed coupled with advanced terrain-following radar, sophisticated navigation system and all-weather capability far out performed any other aircraft in service at the time. In fact no aircraft before or since the TSR.2 has been designed to fly so low, so fast. Sadly the project fell victim to massive bureaucracy and the politics of the day and was ultimately cancelled before the aircraft could see service. In all seven prototypes were built but only XR219 ever made it into the air.

This mounted ensemble will fit into a generally available, standard size 12 x 10 inch ready made frame. Or alternatively you can order it already fitted into a frame. More info on framing options.

This signature ensemble comes with its own unique illustrated Certificate of Authenticity printed on high quality A4 card stock and signed by the artist. 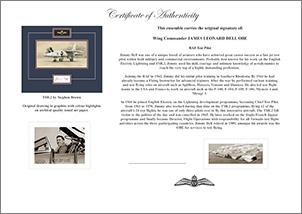