Lancasters Over Kynance by Stephen Brown 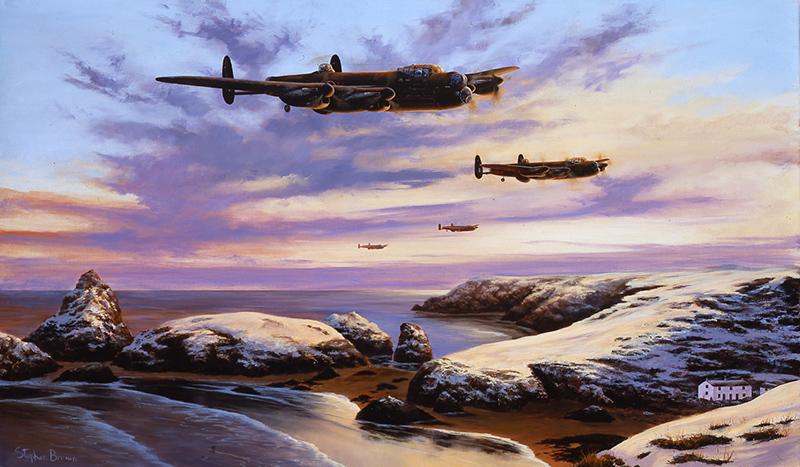 RAF Lancasters over a snow covered Kynance Cove in Cornwall, returning from a daylight sortie over Northern France in the winter of 1944.
The Avro Lancaster played a leading roll within Bomber Command during WW2. It formed the backbone of a continuous 4-year offensive by the RAF that eventually culminated in the Allied liberation of Europe.