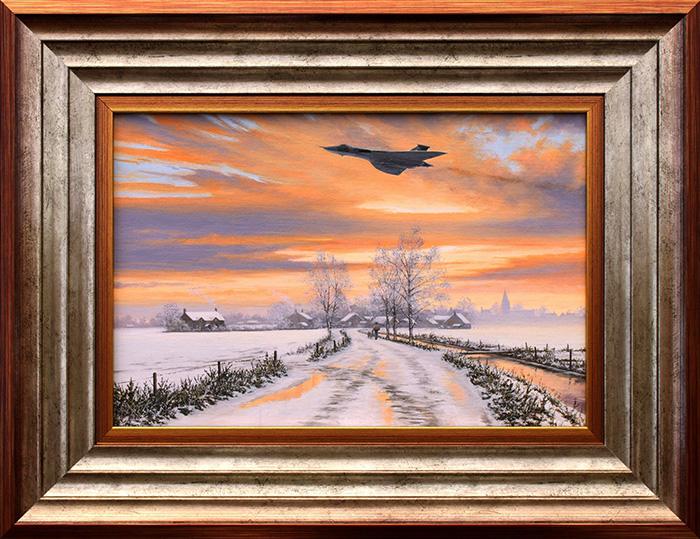 The sound of Olympus engines punctuates an otherwise peaceful December afternoon during the early 1970s as an RAF Vulcan B2 climbs away on a mission. Known by many as Bomber Country because of the many bomber bases there during WWII, Lincolnshire's strong link with the RAF actually goes right back to WWI. The distinctive shape of the Vulcan has since become a familiar sight, particularly during the Cold War years when the it formed the backbone of Britain's nuclear deterrent.