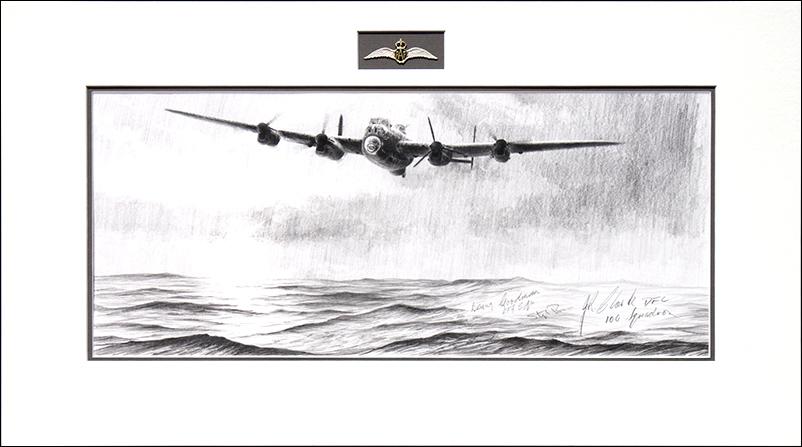 Original pencil drawing on high quality art paper featuring a lone Lancaster straggler struggling for height as it limps home over the North Sea from a raid over Germany. With one engine already out and another overheating the crew anxiously scan the horizon for the first sight of land.

Signed by two distinguished Lancaster pilots:
Flight Lieutenant Ron Clark DFC - original pilot of the Lancaster 'Phantom of the Ruhr'.
Squadron Leader L S 'Benny' Goodman - 617 Sqn Lancaster Pilot who's missions included the famous Tirpitz raid in October 1944, dropping the Grand Slam 22,000 bomb on the Arnsberg Viaduct in March 1945 and the attack on Berchtesgarten, the 'Eagles Nest' in May 1945.

This drawing is presented professionally double mounted with RAF wings and is ready to frame for display.