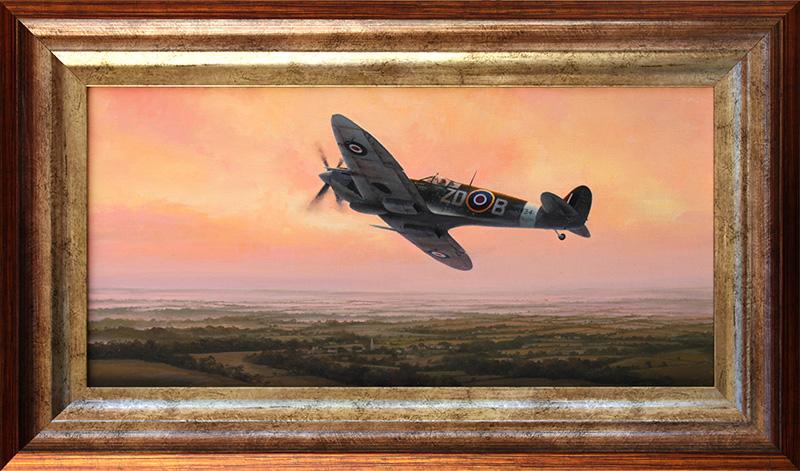 Spitfire MkIX of 222 Squadron being flown by Flt Lt Henry Lardner-Burke, DFC in the autumn of 1943.
The aircraft depicted, MH434 is probably Britain's most famous Spitfire having been used in many film roles and being a regular at airshows. Having been built at the Vickers factory in Castle Bromwich in 1943 it was initially flown by the legendary test pilot Alex Henshaw before being delivered to 222 Squadron where it saw action at the hands of Flt Lt Henry Lardner-Burke, DFC. Having had brief spells with 350 and 349 Squadrons MH434 finished the war with 9 and a half victories. It spent time with the Dutch and Belgium air forces before being bought by a private UK owner in 1963. In 1968 it was bought by Sir Adrian Squire, Chairman of Cathay Pacific Airways and the Spitfire Society and was loaned out for use in many films including The Battle of Britain and A Bridge Too Far. It is now owned by the Old Flying Machine Company and is a regular on the war bird display circuit.