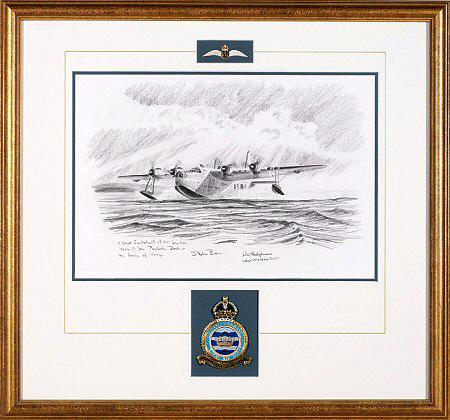 Me262s of JV44 heading back to base having been scrambled to intercept a formation of American bombers, April 1945. 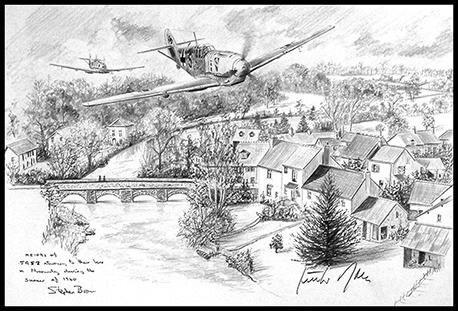 Me109E-4s of JG52 in Northern France during the Battle of Britain 1940.
Countersigned by Luftwaffe fighter Ace Generalleutnant Gunther Rall. 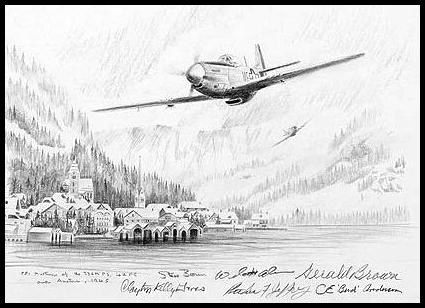 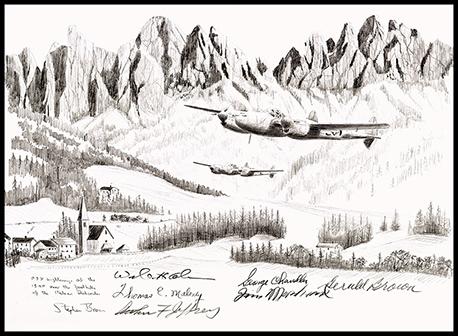 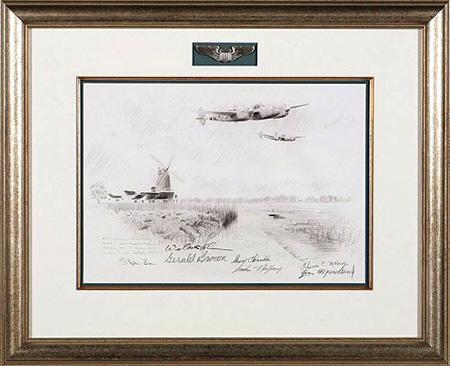 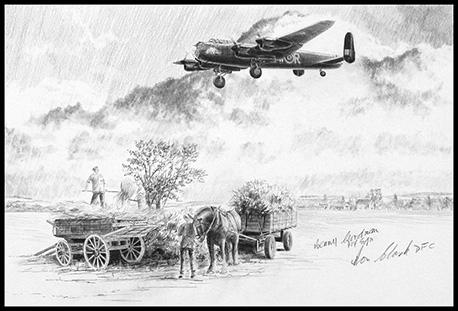 The famous 'Phantom of the Ruhr' Lancaster from 100 Squadron returning in the early morning from a mission deep into occupied Europe in the Summer of 1943.
Signed by two distinguished Lancaster pilots:
Flight Lieutenant Ron Clark DFC - original war-time pilot of the Lancaster 'Phantom of the Ruhr'.
Squadron Leader L S 'Benny' Goodman - 617 Sqn Lancaster Pilot who's missions included the famous Tirpitz raid in October 1944, dropping the Grand Slam 22,000 bomb on the Arnsberg Viaduct in March 1945 and the attack on Berchtesgarten, the 'Eagles Nest' in May 1945.

Searching for the Tirpitz - 18 x 7 inches

An RAF Photo Reconnaissance Mosquito Mk IX over the west coast of Norway searching for the German battleship Tirpitz. From 1941 until it was finally sunk by RAF Lancasters in 1944, the Tirpitz posed a serious threat to the vital North Atlantic convoys. Spending most of that time lurking in the relative safety of the Norwegian fjords, it was vital that the RAF gathered up to date information on its continual movements. Mosquito PR crews played a critical role in this objective, flying many dangerous missions to bring back the latest intelligence. 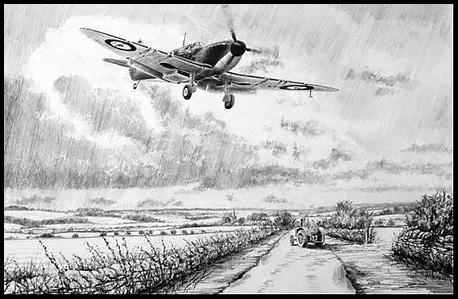 Spitfire returning to base during the the Battle of Britain, 1940. 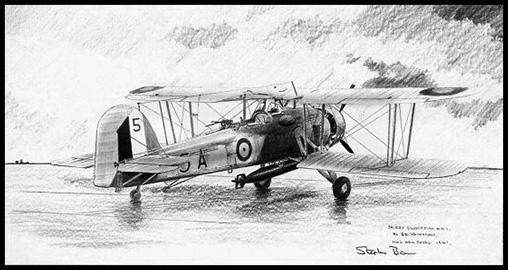 A Fairey Swordfish Mk I of 821 Squadron on the flight deck of HMS Ark Royal in 1941.
Countersigned by Sub Lieut (A) Stanley T. Brand RNVR Swordfish pilot who attacked and help sink the German battleship Bismarck. 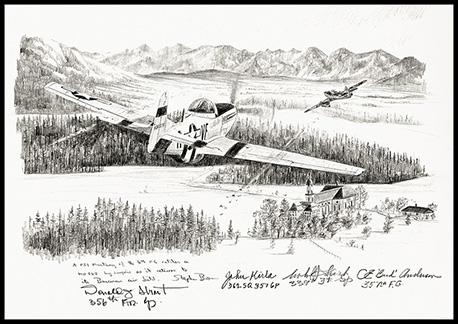 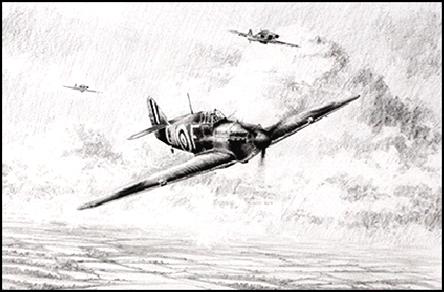 Wing Commander Tom Neil leading Hurricanes of 249 Squadron back to North Weald during the the Battle of Britain, August 1940. 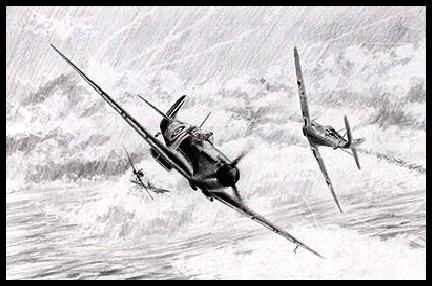 Spitfires of 64 Squadron clashing with Luftwaffe Bf109s over the fields of Kent during the height of the Battle of Britain, August 1940. 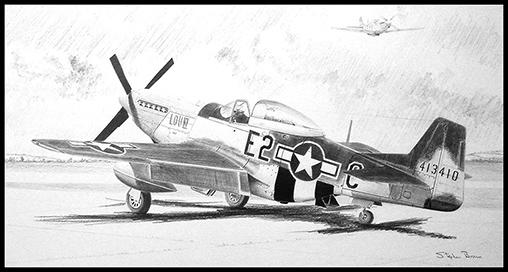