The Storm Has Passed by Stephen Brown 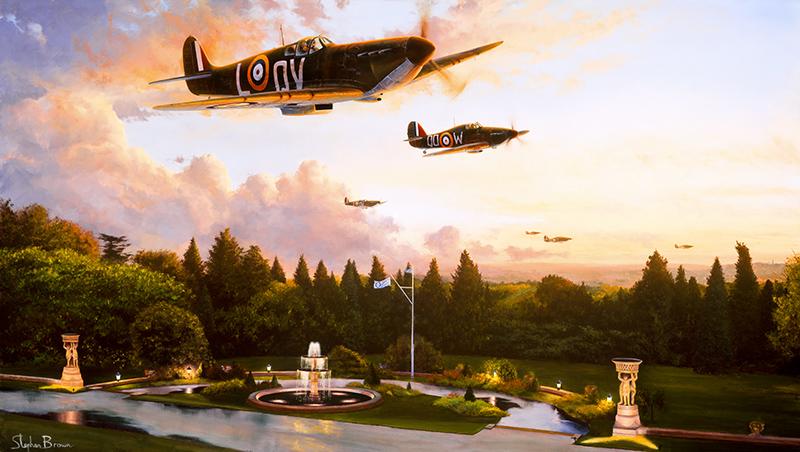 The Storm Has Passed by Stephen Brown features Spitfires of 19 Squadron and Hurricanes of 3 Squadron flying together over the famous Italian Gardens at RAF Bentley Priory.
The original painting was commissioned by RAF Bentley Priory to commemorate 60 years since victory in the Battle of Britain on September 15th 1940. The principle Hurricane is that of Air Chief Marshall Sir Christopher Foxley-Norris DSO OBE KCB GCB, the Spitfire is the aircraft flown by Wing Commander David Cox DFC. The painting now also serves to remind us of the magnificent Bentley Priory RAF station located near Stanmore, London and its fantastic heritage, most notably being HQ of Fighter Command during World War 2. The site has now been largely sold off during a recent rationalisation project.

All prints are signed and numbered by the artist.
This print can be supplied mounted or mounted and framed, please contact us for details.