They Landed by Moonlight by Stephen Brown - Original Drawing 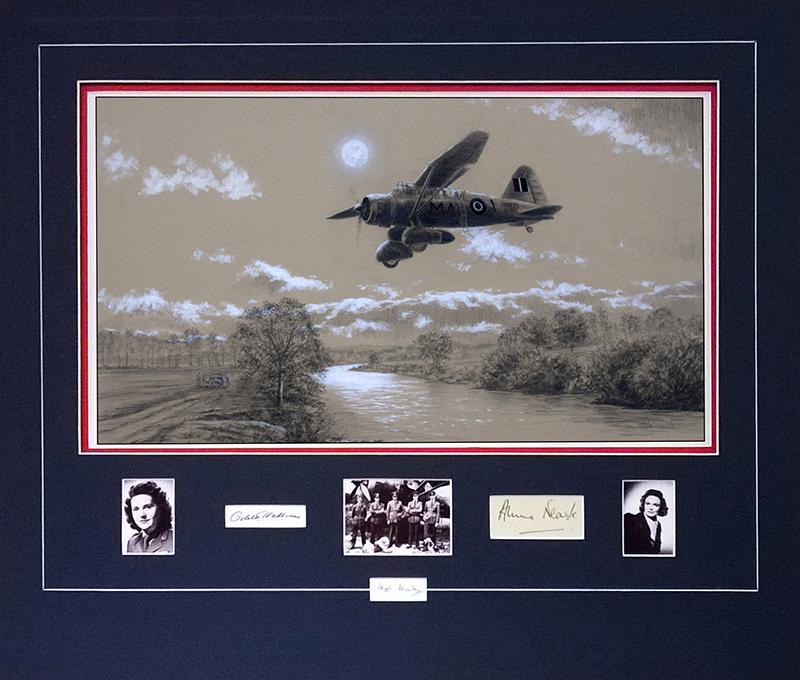 Original pencil drawing on high quality toned art paper featuring a Westland Lysander about to land in a remote field deep inside occupied France. The passengers in the Lysander are Special Operations Executive agents about to meet with armed members of the French Resistance below.
Presented triple mounted and framed with replica RAF wings and the original signature and photo of a female SOE agent, the actress that played her in the film of her exploits and a Lysander pilot who flew the most SOE night flights of any RAF pilot:
Odette Sansom Hallowes GC, MBE - French-born Special Ops agent, she was awarded the George Cross in 1946.
Dame Anna Neagle - played Odette Hallowes in the 1950 British film 'Odette'.
Group Captain Hugh Verity DSO* DFC - flew over 30 SOE clandestine missions.