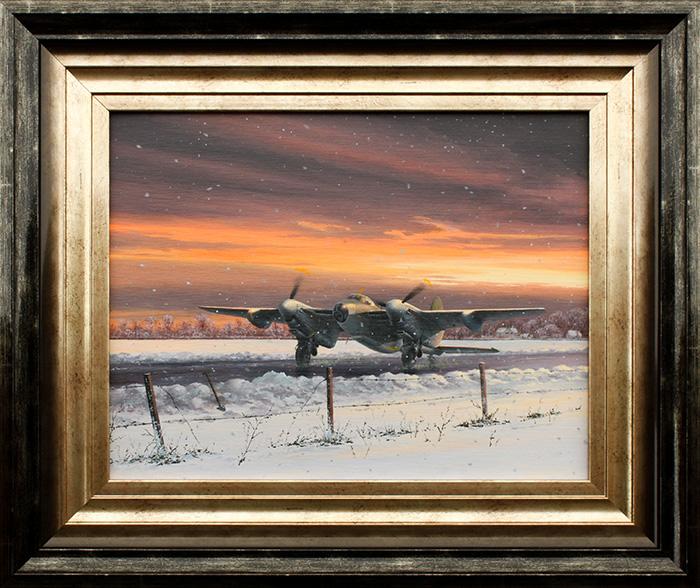 January 1945 and a Mosquito B Mk XVI of the Light Night Strike Force taxis down a runway recently cleared of heavy snow. The target for tonight is Berlin and the unarmed bomber will have to run the gauntlet of heavy flak and Luftwaffe night fighters, relying mainly on its speed to get through unscathed. The Mosquito B Mk XVI was the most important Mosquito bomber variant, equipping eight squadrons of the Light Night Strike Force. The B Mk XVI had a pressurised cabin allowing it to operate up to 35,000 feet, it also had special bulged bomb bay doors which enabled it to carry the huge 4,000 pound 'Cookie' bomb.