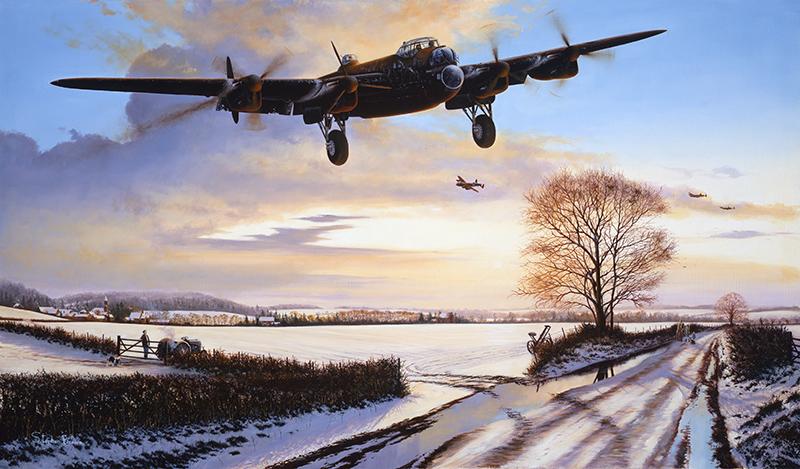 A flak-damaged Lancaster struggles across the airfield perimeter as it returns to base after a precision raid over enemy territory.
After writing a new chapter in aviation history with the famous Dams Raid of May 1943, 617 Squadron went on to execute many more daring operations including the sinking of the Tirpitz. Often flying specially modified Lancasters with enlarged bomb bay doors to accommodate the huge 12,000lb 'Tallboy', they specialised in high-value precision targets such as canals, tunnels and U-Boat pens.